There has been a fuel-related emergency aboard the R.V. Minerva. The crew is in cryosleep, bound for a distant asteroid.

As the ship's "caretaker bot," you are responsible for allocation of the now-precious energy reserves. Solve puzzles by powering different objects around the ship, and enter simulations created from the crewmembers' memories. It is your task to ensure that all available power is concentrated in the crew life support systems, in the hope that they will be kept alive until rescue. But what if all the power on the ship simply isn't enough?

Aiku is the culmination of Columbia College Chicago's 2018 large team game capstone course - a nine-month collaborative project involving over forty students. Visit aiku-game.com to learn more, or send us an email at ccclargeteam@gmail.com!

So I know the game says that the game is unfinished, but this might be a little too unfinished for early access. From what I saw on the ship I really liked and enjoyed and the logs gave it all a bit more depth. The different personalities of the different AIs(?) on the ship as well as the visuals and sound design gave a pretty powerful sense of loneliness.  And for the most part the simple puzzles were enough to keep me engaged and feeling like I was constantly progressing forward.

Everything completely fell apart as soon as the memories/cryo parts came around. The first was easy to tell what you were going for even if the space lacked many, if any, textures. I honestly thought the game broke when I entered. The second one started stronger but took a much harder nosedive to the point where I was completely stuck.

There's some interesting ideas here and some areas are already pretty strong, but it felt like I bit into a delicious looking chicken strip to find the center still raw and frozen.

On behalf of all of the students from Large Team at Columbia College Chicago, we could like to thank you for your feedback, criticism and play through! We are happy you shared your thoughts. We do look forward to your next play through video once the game is in a more complete and polished state. So please occasionally stop by, ask any questions you might have and we hope you look forward to our upcoming improvements. 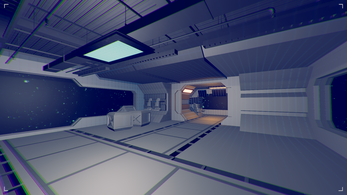 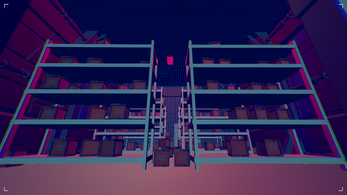 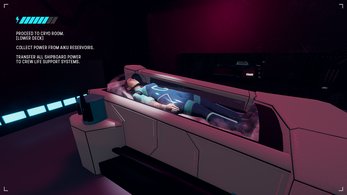